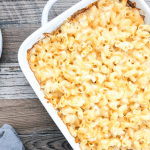 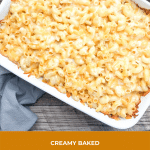 Creamy Baked Mac and Cheese layered with three cheeses for the creamiest and most delectable side dish.

This Creamy Baked Mac and Cheese is one of my family's favorites and is definitely a crowd-pleaser. It's loved by both adults and kids which is huge.  I serve this recipe for holidays, birthdays, and even during ordinary family dinners.  We just can't get enough.

How to make creamy baked mac and cheese

Creamy Baked Mac and Cheese is so easy to make and only requires a few really simple ingredients.

Cheese: Shred a generous amount of mild cheddar cheese, marbled colby cheese, and mozzarella cheese.  These are the types of cheeses I like to use, but any other really good melting cheese or cheese blend will work.

If you like smoked flavor cheese, smoked gouda cheese will be a great option to add as well.

Milk mixture: In a measuring, add evaporated carnation milk, an egg, salt and whisk until combined.

Bake: Loosely cover the mac and cheese with aluminum foil and bake until the cheese starts to bubble and edges are a nice golden brown. Remove the foil and bake for an additional 4 to 5 minutes.

If you prefer a crisper or browner top, place under the broiler for just a couple of minutes BUT watch closely to prevent the mac and cheese from burning. 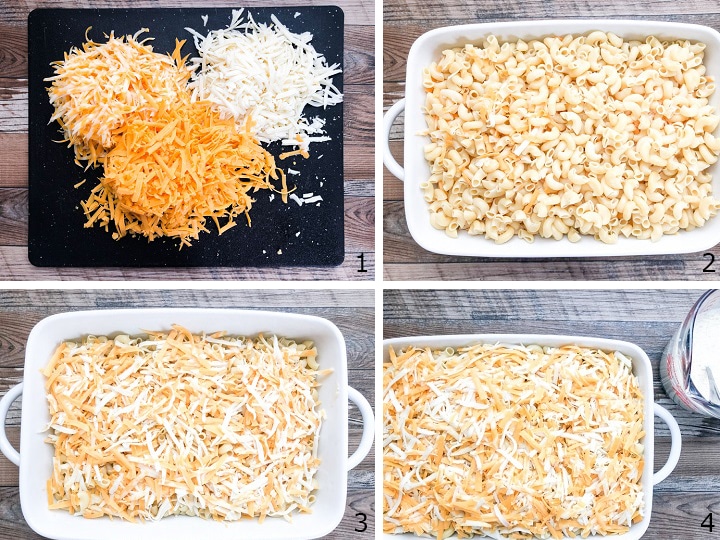 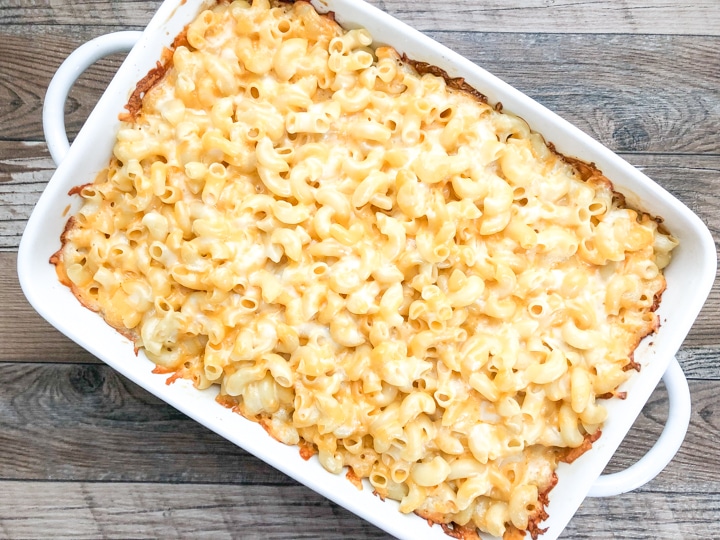 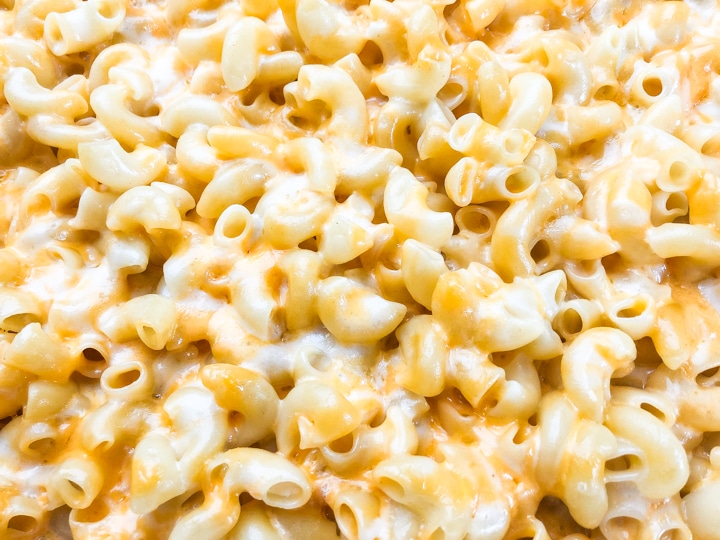 What can I make with baked macaroni and cheese

If you're serving baked macaroni and cheese as a side dish, the following main dishes would pair perfectly:

What kind of cheese to use for baked mac and cheese

I prefer using the following types of cheese when making baked mac and cheese: mild cheddar cheese, monterey jack, colby jack cheese, and mozzarella cheese.  These cheeses have a nice creamy texture and melts beautifully when you shred it yourself.

There are other cheeses that are just as delicious here are a few ideas: Medium and sharp cheddar, gruyere, and swiss.

Create your own cheese blend using a few of your favorite types of cheeses.

What kind of milk is used for mac and cheese

Making mac and cheese ahead of time

If you have leftovers, store the mac and cheese in an airtight container or ziploc bag or cover the baking dish tightly with plastic wrap.

To warm, remove the mac and cheese from the fridge and allow it to come to room temperature. Then, cover with foil and place in a 375° preheated oven until it's hot throughout. 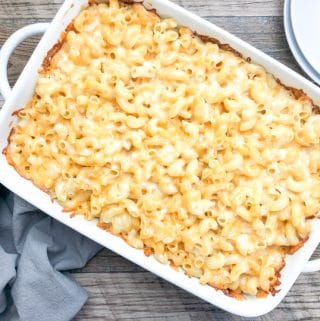 By Cree
This Creamy Baked Mac and Cheese layered with three cheeses is so creamy and delicious. It's so easy to make and is perfect for serving a crowd.
4.30 from 10 votes
Print Recipe Pin Recipe Save for LaterSaved Recipe!
Prep Time: 7 minutes
Cook Time: 40 minutes
Calories: 627kcal