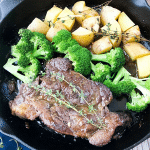 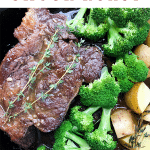 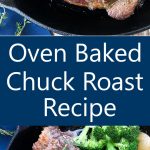 Oven Baked Chuck Roast Recipe - a succulent and tender tried and true recipe.  With Valentine's Day just a month or so away, I thought I would share this simple yet flavorful dish.  Even if you're not a cook, you'll appreciate the simplicity of this dish.  It only requires a few easy steps, and you're well on your way to a perfectly cooked boneless chuck roast.  It doesn't require a dry rub or any special spices just kosher salt, black pepper, minced garlic, sliced shallots, chicken broth and red wine.

So, if you're looking for a nice cut of beef that's tender and packed with flavor continue reading. 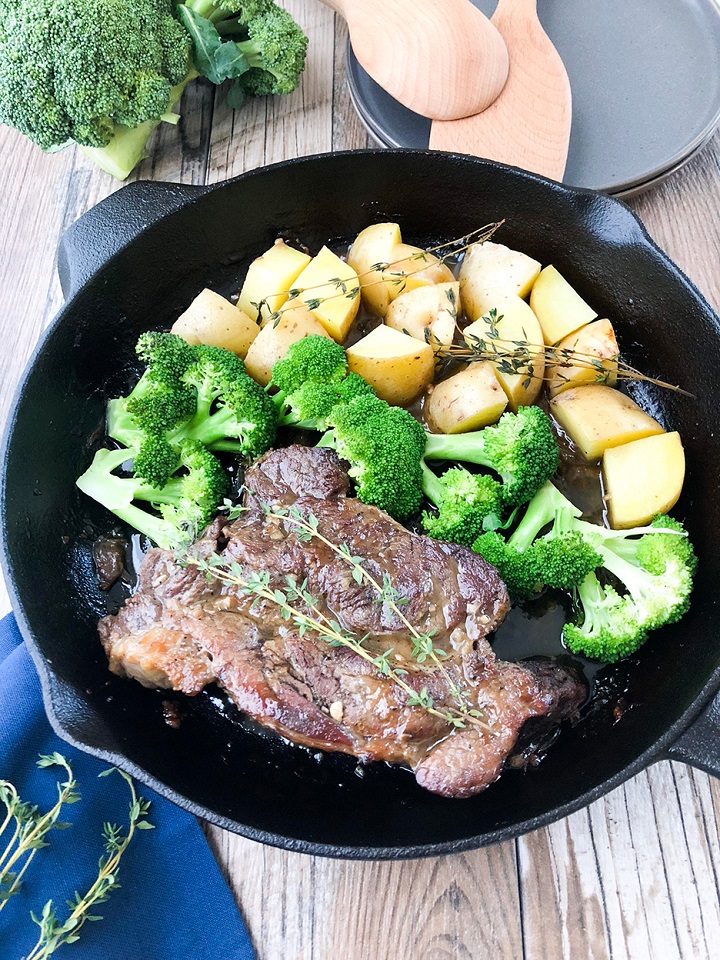 Seasoning: Believe it or not I used only kosher salt and black pepper and seasoned both sides of the boneless chuck roast.  It's important to season the roast well.

Searing:  This step is important as searing really enhances the flavor of the chuck roast, and that beautiful outer crust is like icing on the cake.  When searing meat, patience is a virtue.  In other words, be patient and avoid the temptation of flipping the meat over too early.

Pan juices:  Develop the flavors of the pan juices by first sauteing aromatics such as onions or shallots and fresh garlic.  For this Oven Baked Chuck Roast Recipe, I went a step further by adding red wine and chicken broth to add another depth of flavor.  I believe that cooking is about experimenting, being creative, and building on flavors.

Bake in oven: The final step to this easy recipe is to bake the chuck roast in the oven covered at a low temperature such as 350 degrees for 2 to 3 hours until it's fork tender.

Make it a one pot meal: Turn this Oven Baked Chuck Roast Recipe into a one pot meal. Adding veggies and potatoes to the skillet will turn it into a complete one pot meal and makes for an easy clean-up.

Also, check out my Dutch Oven Beef Stew made with fork-tender chuck roast and made in one pot.  It's so easy and is super delicious. 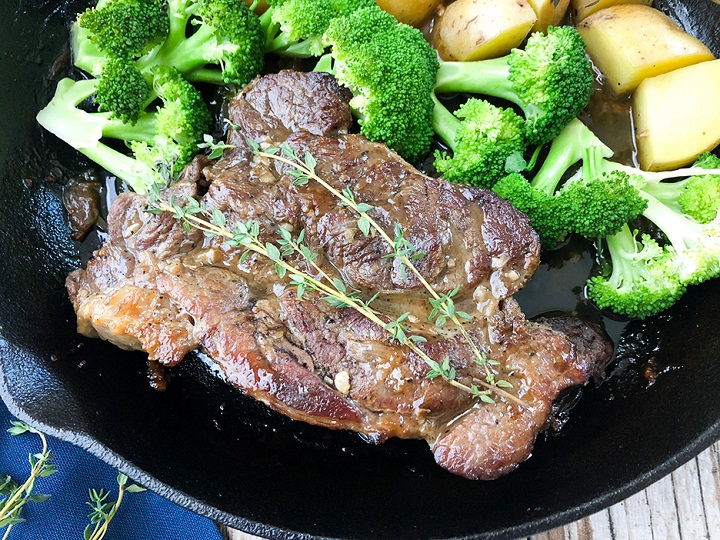 These would make great side dishes (CLICK LINKS BELOW): 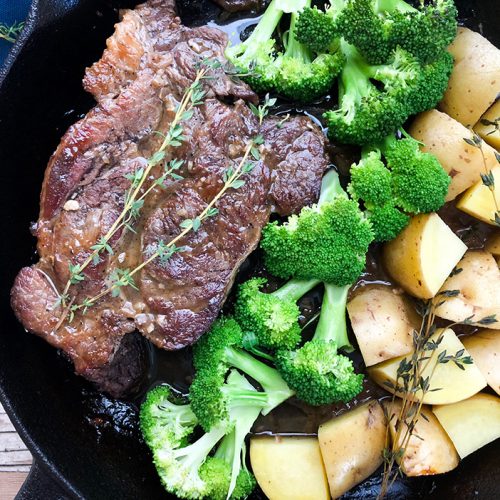 Make It a One Pot Meal

**Please note: Nutritional values serve as a guide only as values may vary   Note: Cast iron cooks evenly and therefore doesn't need to be cooked over high heat   Feel free to make the following modifications: