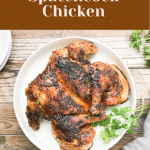 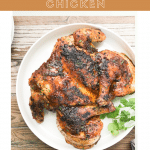 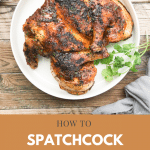 This Cajun Spatchcock Chicken Recipe is one of our favorites.  It's perfectly seasoned with a generous amount of kosher salt and a beautiful Cajun spice blend for the most flavorful whole chicken.

This just might be your go-to chicken recipe for any day of the week.  It's simple enough to prepare for a weeknight dinner and special enough to serve as a weekend dinner.

This herb-y Oven Roasted Butterflied Chicken is pretty special too and is also perfect for easy weeknight dinners.

Although spatchcock sounds like a fancy word, it really isn't.  It refers to a specific way of preparing the chicken, so it cooks quicker.

It requires flattening the chicken by removing the backbone of the chicken first.  It's not a difficult process what-so-ever, in fact, I'll describe in more detail below.

How to spatchcock a chicken 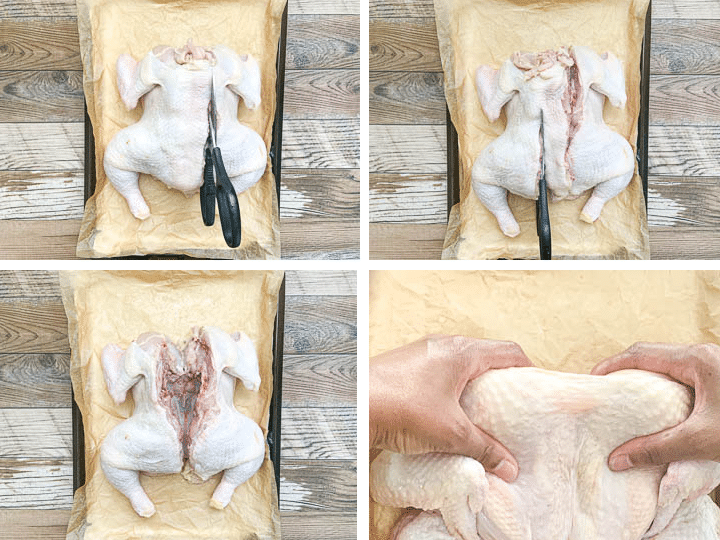 Spatchcock the chicken as described above. If you wash chicken or not, it's important that it's completely dry.  This can be done by patting it dry with paper towels.

Gently press the spice blend into the chicken and allow the chicken to come to room temperature.

Add a cup of low-sodium chicken broth to the skillet and place the skillet in a preheated 400 degree oven.  Use the liquid in the pan to baste the chicken throughout the cooking process to keep the chicken breast juicy.

Using an internal meat thermometer, check for doneness by inserting the thermometer into the thickest part of the chicken breast.  When it registers to 165 degrees.  It's done.

Baste the roasted chicken again with the pan juices and allow the chicken to rest for at least 10 minutes.  Then, cut and serve. 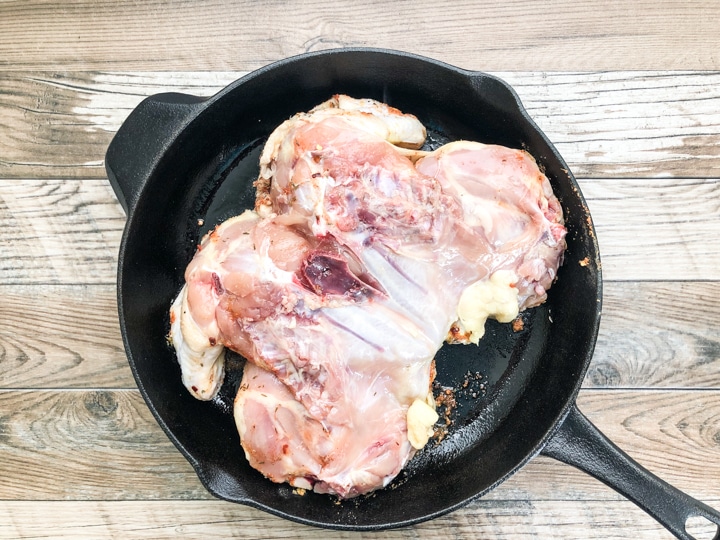 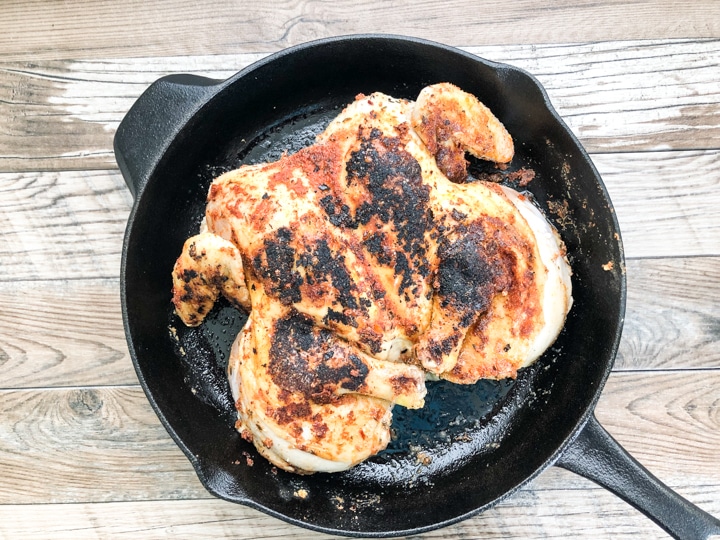 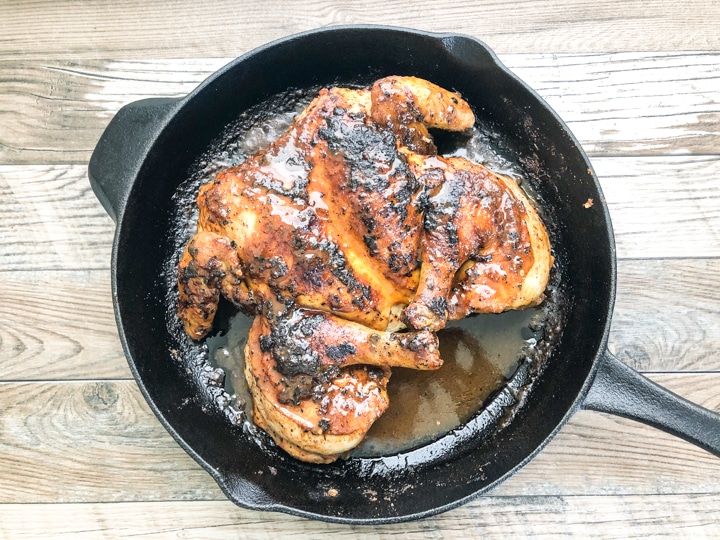 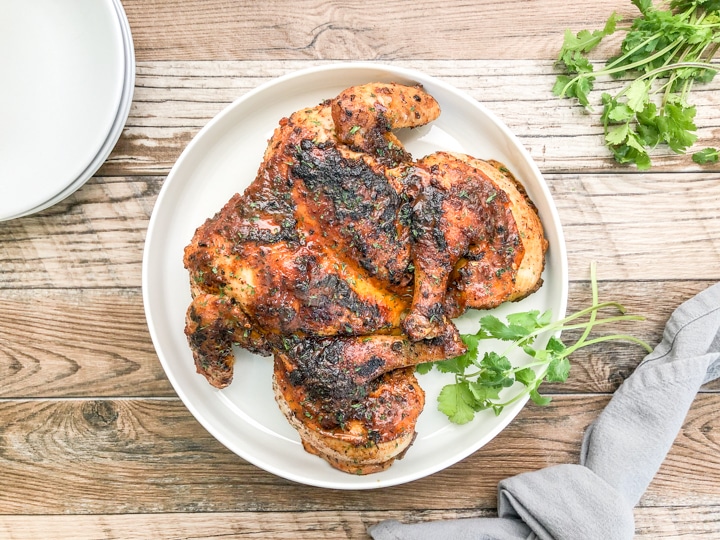 Cookware used for this recipe

If you do not have a cast iron skillet and will not be searing, do not worry, this spatchcock chicken recipe will be great in a simple roasting pan.  However, I suggest baking at a high temperature first such as 425 degrees to brown the skin for about 25 minutes then lowering the temperature to 400 degrees.

For comments or questions, leave them in the comment section below. 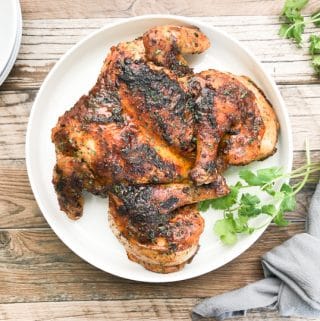 **Please note: Nutritional values serve as a guide only as values may vary.   So, do you wash your chicken or NOT?    Some have recommended that you DO NOT wash the chicken due to possible contamination or chicken juice splattering on your kitchen counter tops.    I've always washed chicken; however, when I do I'm extra careful of not cross-contaminating.  I always disinfect my kitchen sink afterwards.