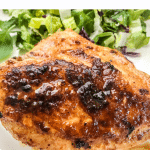 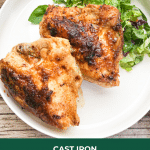 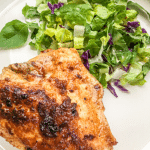 Cast Iron Skillet Chicken Breast made to order and seared to perfection for a perfectly juicy cut of meat that's soft and tender.

How do I cook chicken breast without drying it out

The following are tips for cooking chicken breast without drying it out:

Can you cook chicken in a cast iron skillet

Like most proteins, you can certainly cook chicken in a cast iron skillet. It's important that your skillet is well seasoned and properly cared for - for the best results and to prevent your chicken from sticking to the skillet. Cooking in a cast iron skillet allows for beautiful searing and greater heat distribution throughout the skillet which in turn allows for the chicken to cook evenly. How do you sear chicken in a cast iron skillet

Searing chicken in a cast iron skillet is simple and only requires: 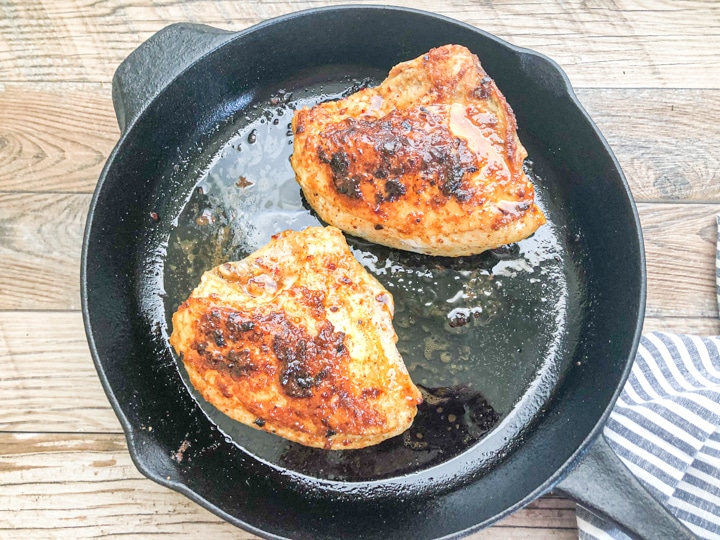 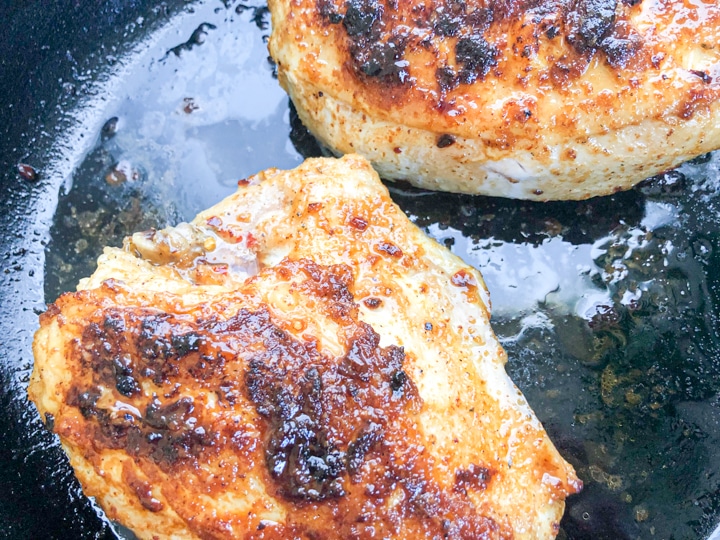 What can you not cook in a cast iron

There a certain foods that you shouldn't cook in a cast iron skillet. Check out the following lists:

How long do you sear chicken

You sear chicken for at least 6 to 8 minutes until a nice golden brown crusty outer coating develops before flipping it over.

If you're looking for ideas to complete your dish, check out a few of the side dishes that I've highlighted below:

How to Bake Sweet Potatoes Fast

Thanks so much for visiting. 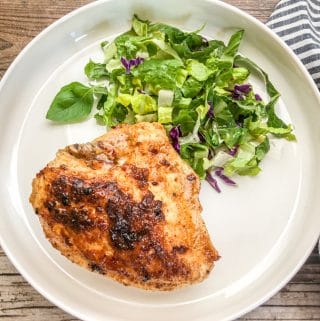 **Please note: Nutritional values serve as a guide only as values may vary.     Nutritional calculation for sodium does not include the brining process.     Rather than focus on the time it takes to roast chicken breast, pay attention to the internal temperature to prevent the chicken from tasting dry. It's worth investing in a meat thermometer.