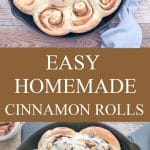 Easy Homemade Cinnamon Rolls are always a hit.  Imagine waking up to the sweet smell of these warm and fluffy cinnamon rolls.  They're topped with a simple cardamom glaze with a gooey cinnamon center.

This cinnamon roll recipe is easy and uses ingredients you may already have in your pantry.  Although it calls for yeast, don't feel intimidated by this ingredient.  You'll be surprised by how easy it is to work with yeast when baking.  Active yeast was not always my pantry staple but because I love making what I consider the best homemade pizza dough and of course these easy homemade cinnamon rolls I keep active yeast on hand.

If you're looking to make a fun breakfast that your family will love, you gotta try this recipe.

So, stick around as I walk you through how to bring freshly baked homemade cinnamon rolls to your kitchen table.

How to make cinnamon rolls

I doubled the recipe which resulted in 12 cinnamon rolls. 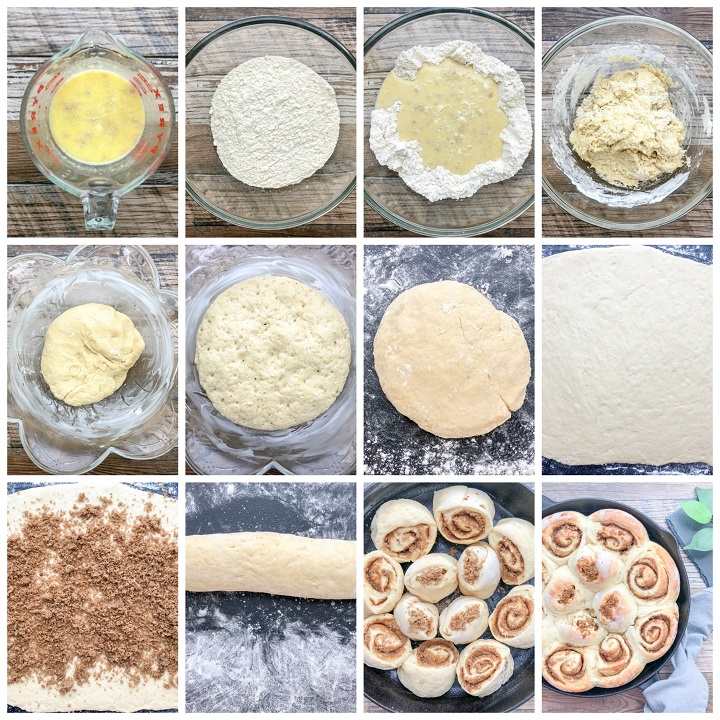 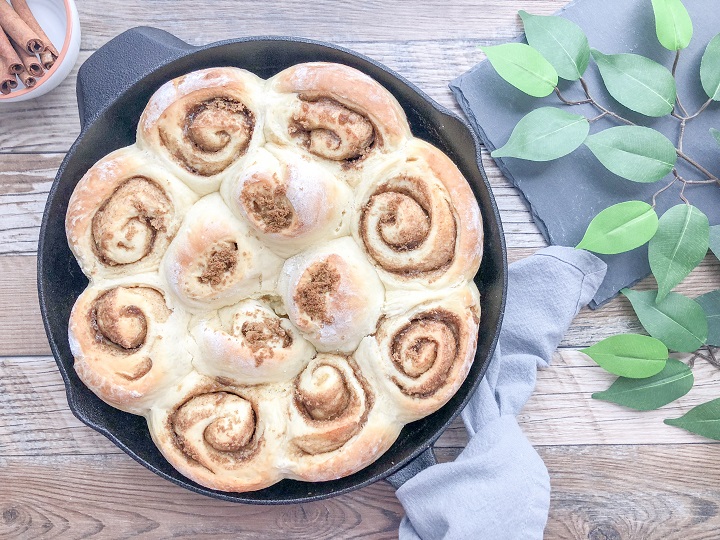 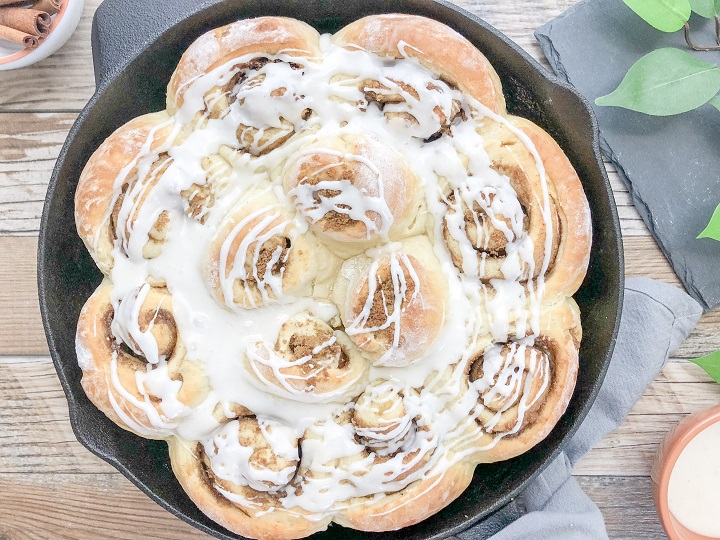 Add nuts: For texture, feel free to add finely chopped, walnut, almonds or pecans to the filling or on top before baking.

Add other warm spices:  Combine the cinnamon-sugar mixture or the the glaze with cardamom, all-spice, pumpkin spice and ground ginger.

How to make cinnamon rolls ahead of time

You can make these homemade cinnamon rolls ahead of time by following these simple steps.

Follow the instructions up to the point that you have placed the cinnamon rolls in the baking dish.  However, do no put them in the oven to bake.  (In this case, do not use a cast iron skillet).