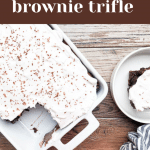 By the way, don't forget to check out these Brownie Mix Cookie Bars if you're into chocolatey gooey fudge brownie desserts.

What is a trifle dessert

A trifle dessert is a 3 or 4 layered dessert that consists of a layer of cubed cake or brownies, a layer of custard or pudding, a layer of whipped topping, and topped with nuts or shavings as a garnish.

Brownie trifle is probably one of the easiest desserts you can make if you're looking to impress your family and friends.  It's 100% a crowd-pleaser and is appropriate for serving on any given holiday or casual weeknight dessert.

Although trifle desserts are traditionally served in a round deep dish, it's also beautiful if served in a deep rectangular dish as shown in the photos below.

No matter what vessel you choose, I promise you will wow your guests. 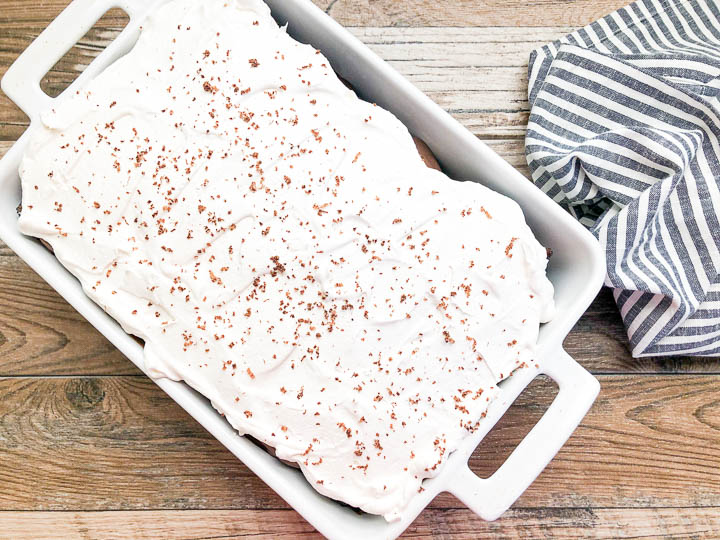 Can you make a trifle a day ahead

Yes, you can certainly make a trifle a day ahead.  In fact, trifles are best the longer they have time to chill and set in the fridge, and they will not become soggy.  In fact, the flavors begin to meld together creating an even more delicious dessert.

How to make brownie trifle

Brownie: Follow the instructions on the back of your favorite boxed brownie mix.  If you're up for it, you can make homemade brownies.

Tip - When the brownies are done, remove them from the baking dish and place on a wire rack to cool for at least 1 to 2 hours.  The longer they have time to cool, they'll cut much neater. You can also place in the fridge for 30 to 45 minutes until they have completely cooled.

Chocolate Pudding:  Follow the instructions on the back of your favorite instant pudding.  If you prefer making chocolate pudding from scratch, feel free.

Tip - If you're using instant pudding, pour the milk in the mixing bowl first then gradually add the contents from the box while whisking vigorously.  This technique will prevent lumps from forming in your pudding.  You may see bubbles but no lumps.

Whipped Cream (topping): You can either make homemade or use your favorite store brand.  If using store bought whipped cream, go for one that doesn't contain high fructose corn syrup.

After the brownies have cooled completely, cut into cubes or small squares.  Also, prepare the chocolate pudding and whipped topping.

By the way, if you do not have a trifle dish (which is a clear, deep round dish), a deep salad bowl will work or a deep rectangular dish as shown in the photos below.

Then assemble... (read the next section on assembling).

Place in the fridge for at least 2 hours to chill up to 24 hours.  I tend to chill for at least 4 hours before serving, but 2 hours will definitely work. 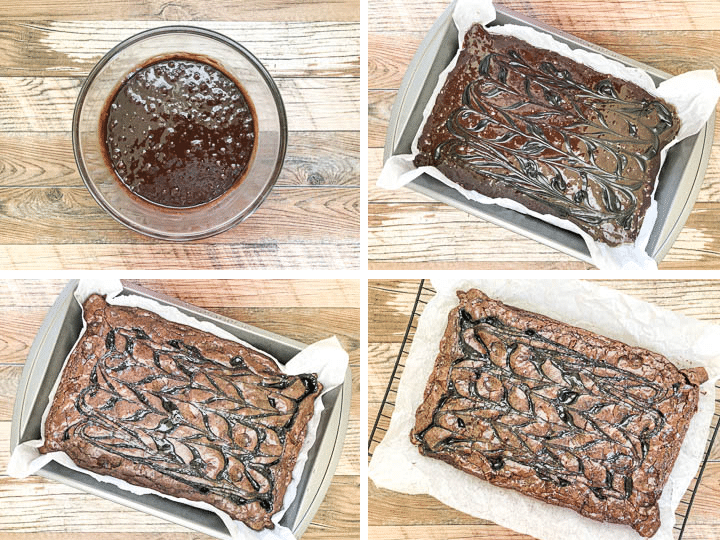 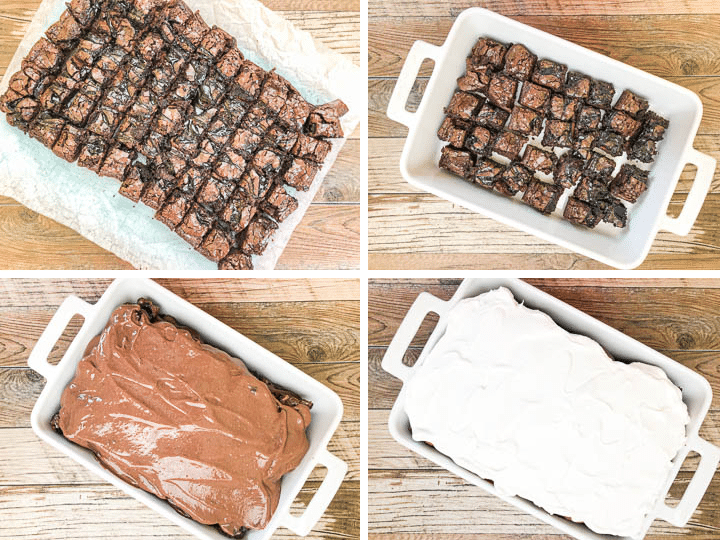 What is the best way to layer a trifle

The best way to layer this brownie trifle is to start in this order: 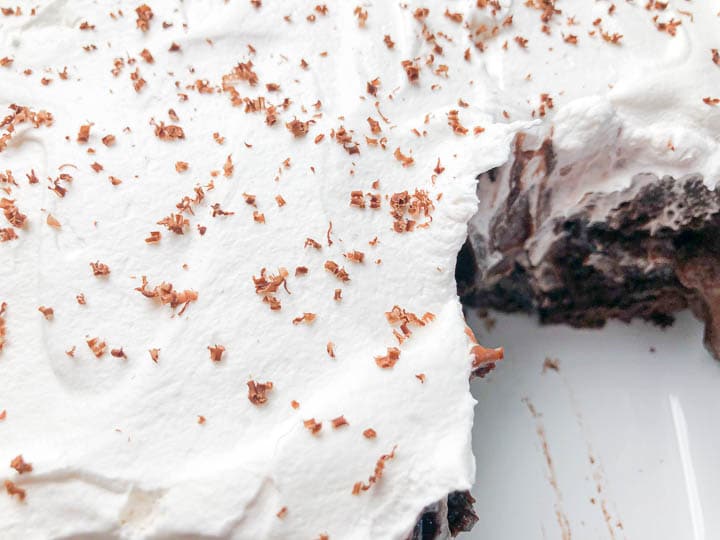 For comments or questions, leave them in the comment section below. 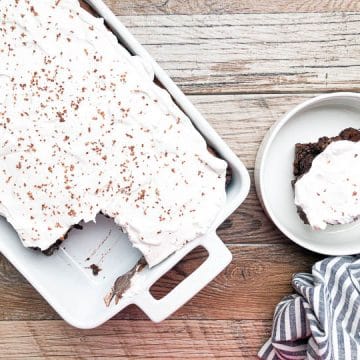 By Cree
This Chocolate Brownie Trifle is a chocolate lover's dream. It's a healthier version made with applesauce instead of oil or butter. I can't even begin to tell you how luscious and decadent this dessert is.
No ratings yet
Print Recipe Pin Recipe Save for LaterSaved Recipe!
Prep Time: 10 minutes
Cook Time: 40 minutes
Chill in Fridge: 4 hours
Total Time: 4 hours 50 minutes
Calories: 553kcal